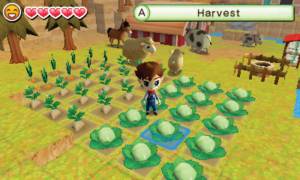 Harvest Moon: The Lost Valley is a farm simulation role-playing game developed by Tabot, Inc. for the Nintendo 3DS. It was released in North America in November 4, 2014, and it will be released in Europe on June 19, 2015.